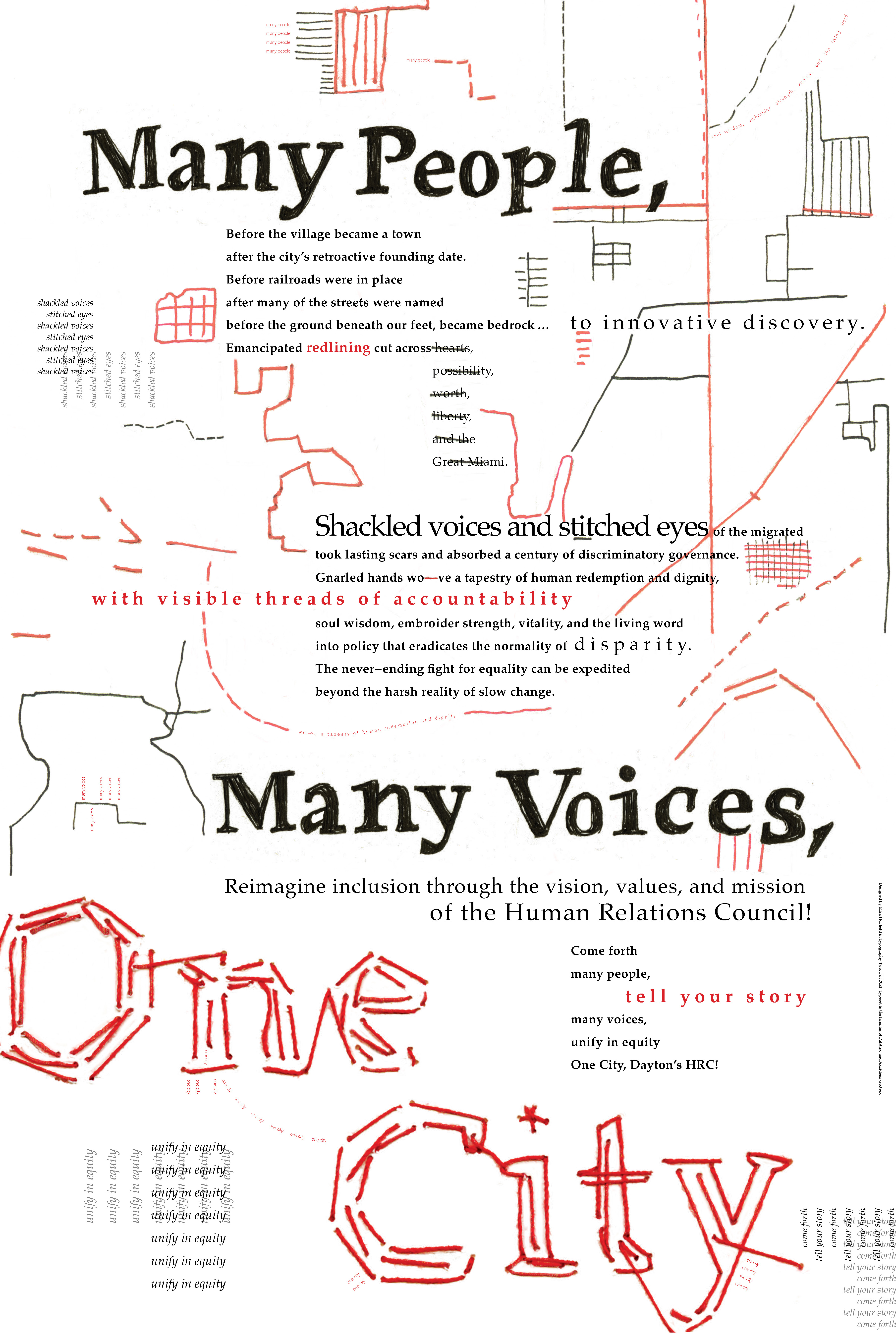 “Many People, Many Voices, One City”

Before the village became a town

after the city’s retroactive founding date.

Before railroads were in place

after many of the streets were named

before the ground beneath our feet, became bedrock… to innovative discovery.

Emancipated redlining cut across hearts, possibility, worth, liberty, and the Great Miami.

Shackled voices and stitched eyes of the migrated

took lasting scars and absorbed a century of discriminatory governance.

Gnarled hands wo-ve a tapestry of human redemption and dignity,

with visible threads of accountability

The never-ending fight for equality can be expedited

beyond the harsh reality of slow change.

Reimagine inclusion through the vision, values, and mission

of the Human Relations Council!